On a cold morning in January on a not-so-glamourous job, in a not-so-glamourous office building (with Possums in the ceiling) in a not-so-glamourous part of town in the slightly above not-so-glamourous city of Sun Valley, CA, I worked a graveyard shift taking Taxi reservations sitting next to a Grand Old Soul who carried a tribal medicine staff and shared my amazement at conservative employees who "just knew they were going to catch Bin Laden any day now" and could see Twin Towers but just somehow MISSED WTC 7 only a half a block away- and who shared my disgust at a certain duck comic strip just lousy with prejudice, pomposity and a healthy dose of ignorance. This fella, Jimmy Bratcher by name, helped keep my sanity while we both ground away on the phones for paltry wages and conditions and long about 3 AM that morning, I decided I'd had enough and began to sketch a wise 'Ol Bloodhound patterned after Jimmy and his profound stamina. 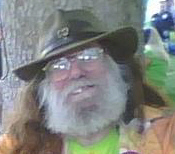 Jimmy and I also share a love of TV, Movies, Music and Acting so, technically, Jimmy is Rover's Daddy and I'm going to try to continue to give Rover that same Common Sense and Wisdom that Jimmy often unselfishly did for me-- and if you're tired of Conservative Pundits crying about Liberal Media while Conservatives themselves OWN most of these media companies- plus a 'barnyard' full of Ducks and Elephants; then may I present a lone Bloodhound who will examine events from the other side.

As written by Greg Skilling
for the Louisville Independent Examiner- July 3, 2010

Beware the self-righteous pimps of patriotism

I hold this truth to be self-evident; those who wrap themselves in the flag are definitely hiding something.

Patriotism, like religion, has been a motivating force for good and an excuse for evil. Now that we have all of these Tea Party idiots running around like colonial drag queens, I thought it would be a good time to examine the depths of their “patriotic deception”.

As a general rule, the toughest among us don’t really say a whole lot; they don’t really need to. When I envision the men who drafted the Declaration of Independence, I don’t picture a lot of flag-waving hoopla. Instead, I see a deliberate look and a slight nod; reminiscent of two people trying to reassure each other before they jump out of an airplane for the very first time. I see determined men fighting off a tidal wave of apprehension, not televangelists engaging in self-serving theatrics.

Every July 4th, I look at the Sarah Palin’s and Glenn Beck’s of the world with utter contempt and disgust. Maybe it’s because I’m angry about how they cheapen the flag, twist our heritage, or simply that I’ve never liked pimps of any sort. The pimps of patriotism sell freedom like snake oil and preach democracy like a corrupt pastor fleecing his flock. Ordinary citizens, quiet patriots, some who vehemently disagree with each other’s politics search for the common ground of reason hoping the irrational vitriol will subside before it all gets out of hand.

Patriotism spurred our soldiers onto the beaches of Normandy, Marines into the carnage of Belleau Wood, and the summit of Mt. Suribachi. It commanded poor, white southerners to give their lives to perpetuate the enslavement of others, put good people on McCarthy-era blacklists, and now threatens to put a bunch of loud-mouthed, know-nothings into national office. The virtue of patriotism almost always depends upon the character of its custodians.

Those who urge the rest of us to restore the honor of America denigrate our national character. They promote the existence of a disease that only their book tour can cure. The truth is that America is, and always has been, a work in progress. Our national honor has always depended upon our ability to choose right over feeling righteous. Beware the self-righteous pimps of patriotism.

The more patriotism is engulfed by rhetoric and ritual the less we can depend upon the faith and conviction of those who promote it.

For me, America has truly been the land of opportunity. I believe patriotism has a strong place in our society. That’s why I’m not about to let some flag-draped charlatans pervert my faith without a fight. 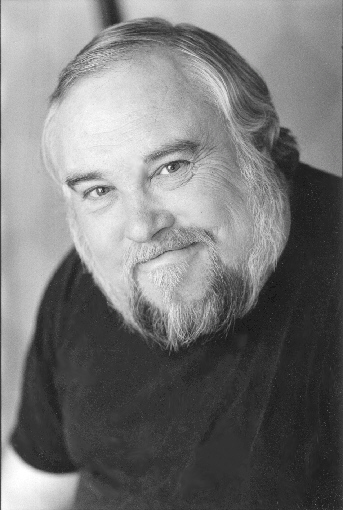 My name is Lowell V. Noel. I am a career actor and Rover's Creator.